Choosing the Right Thermal Imager for Your Integrated Project 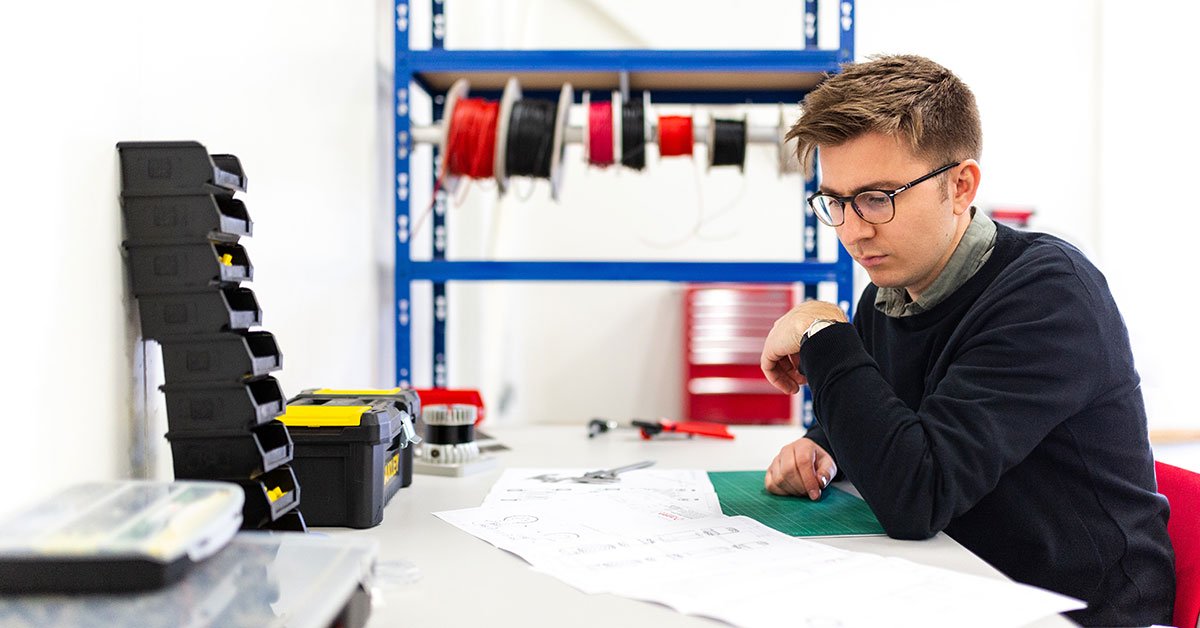 HOW DO THERMAL CAMERAS WORK?

Thermal cameras capture infrared energy (heat) and use that energy to create images through digital or analog video outputs. The camera is made up of a lens, a thermal sensor, processing electronics, and a mechanical housing. The lens focuses infrared energy onto the sensor (also called a detector). The “detector” is actually an array of detector elements, and can come in a variety of pixel configurations, the most common of which are 320x256 and 640x512 pixels. This is the resolution of the detector.

These resolutions might seem low in comparison to visible light imagers, but there’s a reason for that. The individual detector elements themselves are much larger in thermal cameras than they are in visible cameras – visible cameras have pixels that are only 1-2μm, while thermal camera detector elements are 12-17μm each! This is because thermal detectors need to sense energy that has much larger wavelengths than visible light, requiring each sensor element to be significantly larger. As a result, a thermal camera usually has much lower resolution (fewer pixels) compared to visible sensors of the same mechanical size.

After the thermal energy hits the detector, the readout electronics convert it into a signal that can either be passed out of the camera or—with a camera like the FLIR Boson—go directly into system-on-a-chip circuitry. This gives the camera built-in capabilities like image processing and analytics that once required back-end electronics developed by the integrator.

WHAT RESOLUTION DO I NEED?

First ask yourself what you need to image, how far away you need to see it, and the level of detail you need in the image. If you just need to detect an object, a single pixel may be enough to do the job. If you need to recognize what an object is (such as a person, animal, or vehicle), you’ll need a higher resolution. Even more pixels may be required to identify details about the object (such as if it’s an armed person, a dog rather than a deer, or a truck instead of a car). 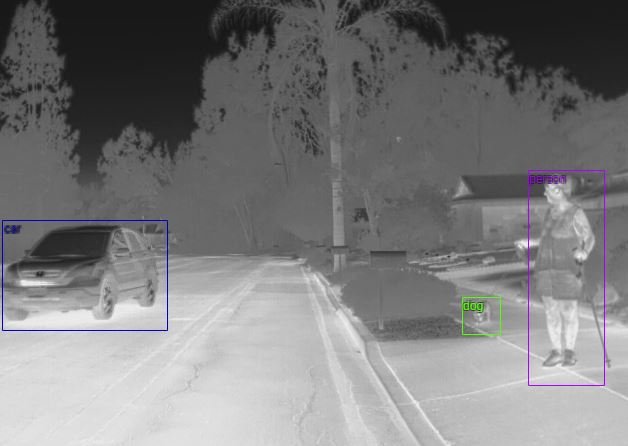 Resolution determines what details a thermal camera can detect.

WHAT SENSITIVITY DO I NEED?

Having a low NEDT is important for applications that require detecting subtle temperature differences and fine details. NEDT is usually expressed in milliKelvins (mK), with lower numbers indicating superior performance than higher numbers. The FLIR Boson has industry-leading sensitivity of less than 50mK. (Cameras from low-cost manufacturers may be hiding poor sensitivity by taking NETD at 50°C instead of the industry-standard 30°C.) 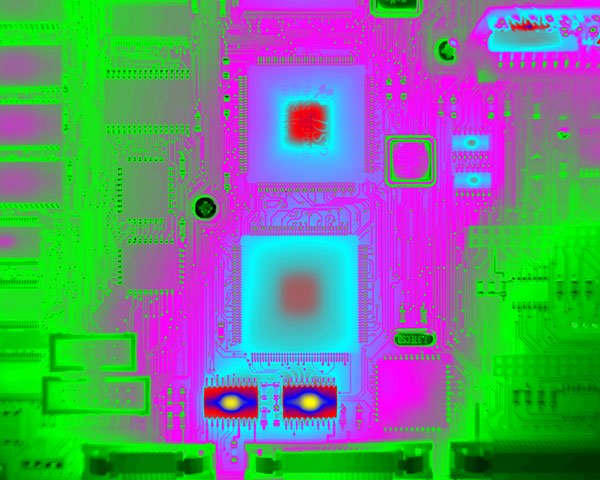 Low NEDT is required to detect the fine details on this circuit board.

DO I NEED A MWIR OR A LWIR CAMERA?

Although there are exceptions, for the most part MWIR cameras require the infrared detector to be chilled to roughly 77 Kelvin with an on-board cryogenic cooler in order to create an image. Cooled cameras are more sensitive than uncooled cameras, but the coolers add size, weight, complexity, and cost, and require periodic maintenance. Uncooled LWIR imagers – like Lepton and Boson – can create images at ambient temperatures, so they’re smaller, lighter, less complex, and less costly than their cooled counterparts.

DO I NEED RADIOMETRY OR JUST IMAGING CAPABILITY?

All thermal cameras can provide an image of the relative intensities of thermal energy within their fields of view, but some cameras take that a step further and provide calibrated, non-contact temperature measurements of those objects. This is a process called radiometry.

In order to do this, the camera needs to compensate for other sources of radiation (reflections, lens materials), atmospheric effects (humidity, weather conditions, and distance to target), and the material properties of the objects being viewed (emissivity in particular). Once these elements are known, the amount of radiation received by the camera can be converted to a temperature value with accuracy approaching +/-2°C. 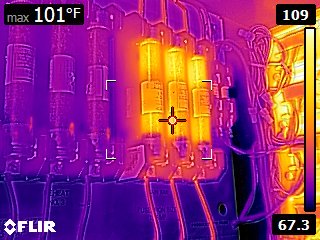 The spot meter on this radiometric thermal camera finds the maximum temperature in the scene.

FLIR cameras are available with varying degrees of radiometric capability and accuracy – from imaging only, to a simple center spot meter function, to advanced radiometry and improved accuracy.

Learn more about FLIR thermal camera cores or contact us to find out more.

Note: This article was originally published on FLIR website.